Our responsibility as INSTRUCTORS is to teach you "line upon line" and "precept upon precept" what it takes to become a BLACK BELT... and we take that responsibility very seriously.  We believe that we offer the best martial arts instruction around.  The Academy's goal is to produce well rounded martial artists. The Academy teaches students true self defense for real life protection, as well as skills and philosophies to help the student become their best. 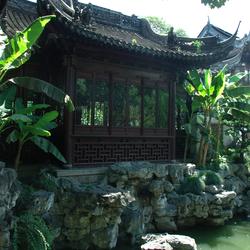 Welcome to Blue Ridge Kung Fu Arnis Academy. By signing up with the Academy, you are taking your first steps on what we hope will be a long journey in the martial arts.

The Abingdon, VA academy was the third second-generation school. Grandmaster Laing originally opened the school in Damascus, VA. Laing moved the academy to Abingdon 11 years ago.  The move brought the school closer to those in Bristol TN/VA and the surrounding areas. The Abingdon academy is located at 128 Russell Road, Abingdon VA 24210.

check out our blog